Jonathan Wentz passed away this weekend due to complications from cerebral palsy, and this world lost a truly inspirational figure who chose to define his life in his own terms.

I met Jonathan at TEDxSMU Hilltop, where he and I both were honored to speak to the SMU community about our experiences.  Jonathan had just come back from the 2012 Paralympics in London where he narrowly missed a medal in the equestrian events.  He said it was the most amazing experience – and not just the Olympics itself but the entire journey – one for which he was incredibly grateful.  The fact that Jonathan was able to call himself an Olympian (which I remember him proudly saying despite not winning a medal, “once an Olympian, always an Olympian”) is actually not the most amazing thing I saw in him. We got to chat for a few hours after the event in which he described to me his journey through life, not just to the Olympics.  The most amazing thing Jonathan told me about himself was that he should not even be able to stand up, let alone walk around and control a thousand pound animal in equestrian events on the world’s greatest stage for athletics.  The most amazing thing I saw about Jonathan from the outside was that while some may see his life defined by his significant disability, something he did not get to choose, he chose to become an athlete at the highest level, a scholar (with a triple major), an advocate, a teacher, and an inspiration.

Jonathan described to me just how amazing horses are to those with disabilities. Riding a horse allows those who cannot walk to “learn” how to walk with the rest of their body by mimicking the gait of walking normally and teaching the body’s others muscles to walk.  Jonathan’s experiences as a child actually helped push forward the use of horses to help those with disabilities. He told me how tests on his muscles show that he should not be able to stand up at all – but his years of effort and hard work have him standing, walking, and competing in the Paralympics.  There’s a lot more about Jonathan’s story on his website.

Jonathan was not dealt a “fair” hand and didn’t get to choose his life circumstances – but he chose not to let that define him or what he was capable of.  He was a triple major at SMU and wanted to go into politics. He was an Olympian (and always will be). He was a staunch advocate – petitioning Congress to support American Olympic athletes (the United States is basically the only country in the world that expects its athletes to win gold and honor but tells its athletes they are on their own, effectively sentencing its athletes to never ending fund raising and having to work full time side jobs to afford living and training). He helped others with disabilities to ride and change their lives. He worked with horses and was a teacher. Most of all, he was an inspiration.  He is an inspiration.

Jonathan achieved greatness in his far too short life. Some may see Jonathan as disabled. I only knew him a short time and immediately saw that Jonathan was defined by so many other amazing things – things that he chose to define him.

If you would like to make a donation in Jonathan’s honor, details are below:

You may also donate through the USPEA website atwww.USPEA.org by clicking the red “Donate Now” button at the bottom of the page. Please specify that the donation is for the Jonathan Wentz Scholarship Fund. Any questions about donating can be e-mailed to donate@uspea.org 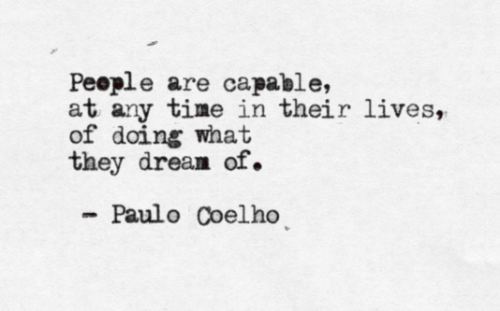 3 thoughts on “Choosing What Defines Us”

This site uses Akismet to reduce spam. Learn how your comment data is processed.